Ever been in a similar situation?

I have wanted to follow God with all my heart, mind and strength for as long as I can remember.  I offered up my career, my idea of home and family and told Him that if He led, I would follow.  I don’t know that I ever bargained on following Him when I didn’t have reassurance about what was coming next.  I don’t know if Abraham did either…

2 He said, “Take your dear son Isaac whom you love and go to the land of Moriah. Sacrifice him there as a burnt offering on one of the mountains that I’ll point out to you.” 3-5 Abraham got up early in the morning and saddled his donkey. He took two of his young servants and his son Isaac. He had split wood for the burnt offering. He set out for the place God had directed him. On the third day he looked up and saw the place in the distance. Abraham told his two young servants, “Stay here with the donkey. The boy and I are going over there to worship; then we’ll come back to you.”

6 Abraham took the wood for the burnt offering and gave it to Isaac his son to carry. He carried the flint and the knife. The two of them went off together.

“We have flint and wood, but where’s the sheep for the burnt offering?”

8 Abraham said, “Son, God will see to it that there’s a sheep for the burnt offering.” And they kept on walking together.

9-10 They arrived at the place to which God had directed him. Abraham built an altar. He laid out the wood. Then he tied up Isaac and laid him on the wood. Abraham reached out and took the knife to kill his son.

11 Just then an angel of God called to him out of Heaven, “Abraham! Abraham!”

12 “Don’t lay a hand on that boy! Don’t touch him! Now I know how fearlessly you fear God; you didn’t hesitate to place your son, your dear son, on the altar for me.”

13 Abraham looked up. He saw a ram caught by its horns in the thicket. Abraham took the ram and sacrificed it as a burnt offering instead of his son. [Genesis 22:1-13, The Message]

As Abraham took Isaac up Mt. Moriah to sacrifice him to the Lord, he did not know when the lamb would show up. Abraham simply trusted that the Lord would provide– and He did.  Our provider, Jehova Jairo, sees exactly what we need and when we need it.  As Abraham and Isaac made their way, God knew when to start the ram up the other side- so that it would be in just the right place at just the right time.

How often do I find myself frustrated at the events in my life, not realizing that the ram is just over the hill? The ram is just around the corner. He provides.  Exactly what we need.  Exactly when we need it. It may not always be what you expect, but it will always be His best.  Trust that when He calls us to sacrifice the result of both ends and means is a deeper intimacy with Him –the Author and Perfecter. 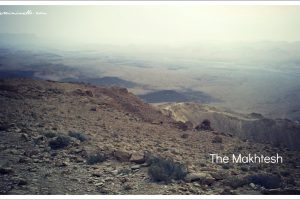 “Moses was shepherding the flock of Jethro, his father-in-law, the[...]