TRUTH TO BELIEVE:
This is how the birth of Jesus Christ came about: His mother Mary was pledged to be married to Joseph, but before they came together, she was found to be with child through the Holy Spirit. Because Joseph her husband was a righteous man and did not want to expose her to public disgrace, he had in mind to divorce her quietly.  But after he had considered this, an angel of the Lord appeared to him in a dream and said, “Joseph son of David, do not be afraid to take Mary home as your wife, because what is conceived in her is from the Holy Spirit. She will give birth to a son, and you are to give him the name Jesus, because he will save his people from their sins.”

All this took place to fulfill what the Lord had said through the prophet: “The virgin will be with child and will give birth to a son, and they will call him Immanuel”—which means, “God with us.”

When Joseph woke up, he did what the angel of the Lord had commanded him and took Mary home as his wife.  Matthew 1:18-25, NIV

I hate running but I’m spending a lot of time these days hitting the pavement and training for a big race.  Around my 4th or 5th mile my knees start hurting and my brain begins to tell me that I should probably just stop.  But if I stop at mile 5 in training, there is no way that I’m going to make it to mile 13 on the day of the race.

It’s always easier to quit than to keep going.  Perseverance is one of the greatest marks of maturity.  Continuing to press on even when things are difficult isn’t a natural human response.  Persevering in relationships when they are inconvenient or unpleasant… that requires a supernatural kind of love.

HOPE TO CLAIM:
“In those days Caesar Augustus issued a decree that a census should be taken of the entire Roman world. (This was the first census that took place while Quirinius was governor of Syria.) And everyone went to his own town to register.  So Joseph also went up from the town of Nazareth in Galilee to Judea, to Bethlehem the town of David, because he belonged to the house and line of David. He went there to register with Mary, who was pledged to be married to him and was expecting a child.” Luke 2:1-5, NIV

David Smith says that “Love continually pours itself out for others — not conveniently, but continually.“

Nothing about Joseph’s role as Father was convenient.  He had every legal right to divorce Mary.  Jewish law even went so far as to say that Joseph could have Mary stoned for her illegitimate pregnancy.  When Joseph decided to listen to the words of the angel, he also made an active decision to love Mary as his wife.  He would adopt a son who was not of his flesh and blood.  He would care for a girl who was likely the talk of the town and the subject of constant rumors.  He would love them even if it cost him everything.  Note that he didn’t do this because Mary was “the one” or because he chose “the right person,” he loved his family because that’s what God asked of him.

CHALLENGE TO EMBRACE:
“May the Lord direct your hearts into God’s love and Christ’s perseverance.”  2 Thessalonians 3:5, NIV

Read all of 1 Corinthians 13 (again!) today.  Be sure to notice that you will not find any verses that say love is convenient.  It wasn’t convenience that caused the Son of God to enter the world as a child.  Convenience didn’t compel Him to walk this earth.  Convenience didn’t hold Him on the cross.  His love never, ever stopped. Advent Resource: THE STORY- The Bible as one continuing story of God and His people.  I believe that the impact of the Christmas Story is felt and realized most deeply in the midst of the entire story of God’s Word!  That’s why I’m recommending The Story. “God goes to great lengths to rescue lost and hurting people. That is what The Story is all about—the story of the Bible, God’s great love affair with humanity. Condensed into 31 accessible chapters, The Story sweeps you into the unfolding progression of Bible characters and events from Genesis to Revelation.“ 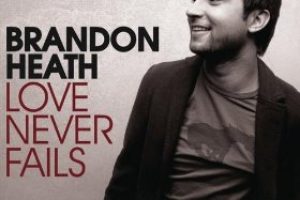 “And don’t be wishing you were someplace else or with[...] 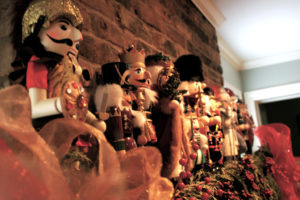 Comparison is the thief of JOY. -Dwight Edwards

Love is NOT ENVIOUS.

Comparison is the thief of JOY. -Dwight Edwards [1 Corinthians[...]