Love as a Vow

David and I were married on October 17, 2010. We planned and prepped and dreamed of the day for months. We decided, somewhere along the way, that we wanted to have both our own personally written vows and some traditional vows recited in our ceremony.

I spent an evening alone thinking about what I desired to communicate to my husband and the people who were witnessing our vows. I wanted to acknowledge that my promise was about more than simply having fun together or loving each other when things are easy. I’d witnessed too many relationships struggle, too many marriages end, and too many indestructible relationships break down after years of what seemed like perfection. We had been challenged that marriage wasn’t for our happiness but for our holiness and that rings weren’t an accessory, but a reminder. And so I set out to explain why I knew David was “The One.”

I always wanted to know how married couples knew that this was IT. Was it just a desperate physical desire? Was it a long-term slow warming? Was it burning hatred turned into passionate love like Beatrice and Benedict (Much Ado About Nothing) or Elizabeth and Mr. Darcy? (Part of me really wanted it to be that!) Was it a voice inside my head that whispered, “This is the man you are going to marry”? (I also really wanted it to be this one too.) Or was it something else?

My husband received the title of THE ONE, when He was the one I said “I love you” to and the one that I said “yes” to. I prayed all along that God would end things if I wasn’t listening to His voice closely enough. But I feel like we enjoyed each other, pushed each other to fall in love with the Lord, and challenged each other to be the best versions of ourselves. My relationship with David never called for any sort of personality or moral compromise – instead David encouraged me to not change myself for him.

And so I decided that this one was THE ONE when I could wholeheartedly promise to seek HIS best for the rest of my life.

I said those very words, made some promises to my one… and then suddenly it was official. The words were spoken, the rings exchanged, and then the next adventure of actually living out the vow began with a joyful party.

“Love is a commitment of my will to seek your best for the rest of my life.” –Lynelle Zandstra

Love is an active choice… day in and day out.

Dear Ginger, What do you do about friends that aren’t[...] 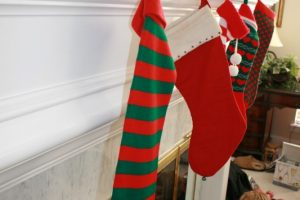 Love is NOT PROUD.