With temperatures hitting near 110 all summer in Phoenix, I’ve spent most of my exercise time indoors and enjoying the ac at our local recreation center. The plan is to possibly run a 10k in September and then a half marathon in November or January. Because of those goals I’ve had to start seriously training again. And just like the last race, training for this next round started with mile number one. So more miles to run = more time on the treadmill. While music helps me for the first few miles, eventually I turn on the TV and start hunting for something that will keep my mind off how long I still have to run! Since I run mid-afternoon the programming is less than desirable. I keep getting sucked into viewing shows I ordinarily wouldn’t watch; much less admit to you now. (Darn you Bravo and those housewives of all kinds.) It’s easy to fall into patterns of behavior with entertainment, food, gossip, language – you name it. The more I’m around something the more I’m prone to just go with the flow.

This weekend in church we were challenged by a great guest speaker (Marty Caldwell) to look at Romans 12:1-2 in a translation I’m not familiar with- the J.B. Phillips New Testament. Check out why it’s made such an impact on my heart:

“With eyes wide open to the mercies of God, I beg you, my brothers, as an act of intelligent worship, to give him your bodies, as a living sacrifice, consecrated to him and acceptable by him. Don’t let the world around you squeeze you into its own mould, but let God re-mould your minds from within, so that you may prove in practice that the plan of God for you is good, meets all his demands and moves towards the goal of true maturity.” (Romans 12:1-2, JBP NT)

I love that picture of God re-molding me from within. You are probably more familiar with the NIV version of this verse that says, “Do not conform any longer to the pattern of this world, but be transformed by the renewing of your mind.”

The reason I like the J.B. Phillips version so much is because I think it gives me a more literal picture of what it looks like to “be transformed by the renewing of your mind.” I understand the concept of transformation… it’s like the caterpillar to the butterfly… but how do I actually accomplish that? “Let God re-mould your minds from within…” It’s Him. It’s God’s work.

So does that mean there’s nothing I can do to work out this transformation? Paul also writes this in his letter to the Philippians… “So then, my dearest friends, as you have always followed my advice—and that not only when I was present to give it—so now that I am far away be keener than ever to work out the salvation that God has given you with a proper sense of awe and responsibility. For it is God who is at work within you, giving you the will and the power to achieve his purpose.” (Philippians 2:12, JBP NT)

Our speaker challenged us to consider the evidence of transformation in someone’s life. He suggested that the first bit of evidence would likely be seen through an attitude of gratitude. Think about it- it’s totally counter-cultural. Everything about our culture tells us we will be happy if… we get the right stuff, have enough house, take the big vacations, have the best body… and on and on.

Thankfulness should be our daily rhythm because it’s the truth. We have SO much to be thankful for. Paul’s challenge in Romans 12 is to NOT let ourselves simply be influenced by the world, but to reprogram our thoughts and desires – to ask God to open our eyes so we can see and live as thankful people. Gratitude is like a muscle… we’ve got to work it out.

So while I LOVE combing Pinterest to find projects and things to beautify my house, maybe I need to start walking through my own house and pin post-its of thanks for the blessings I DO have. The growth could start by simply thanking the baggers at the grocery store. Or maybe it looks like voicing my thanks to the Lord in the morning and listing out my thanks in a journal before I go to sleep. Who knows? A workout has to start somewhere…

What are you thankful for today?

For today’s Thursday Tip we are setting our eyes on[...] 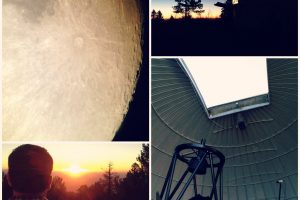 To the Moon and Back

I was sitting in my kitchen trying to drum up[...]