How many times have you thought or heard the following: it doesn’t matter what THEY think, it only matters what God thinks!?

It’s easy to turn that truth into a trite little saying, but here’s the thing… How God sees us should be the only opinion that matters – after all, He made us. He made us! Since we are His children, our identity should only be found in how He values us. He made us and loved us enough to give us free will, the choice to love Him or leave Him.

Let’s go back to the very beginning and get the story straight. God created us. It started in the Garden of Eden with Adam and Eve. He gave them everything and told them simply to “Enjoy!” Sin entered the picture and because of that, Adam and Eve (and the rest of us from there on out) were exposed to death. We were separated from the God who created us. The penalty for Adam and Eve’s sin… and our sin is death; the payment is blood. Thankfully our Father considered us valuable enough to buy us back through the death of His son, Jesus. Think about it this way: we determine the value of something by how much we are willing to spend. If I walk into a store intending to buy a flat iron, without having done any research on flat irons – I’m limited to two things: what the box says and how much the flat iron costs. Of course the box is going to talk up the product. I have yet to see the company gutsy enough to print: “Fairly decent flat iron. Let’s face it. You’re paying $20 for this. Don’t get your hopes up.” So if I can’t trust a box to tell me something more than the voltage and information about a warranty, I have to go by price. I immediately rule out the cheapest brand and if I have the money, I will probably take the top of the line. Why? The price indicates that this flat iron is worth the extra money. The value of the flat iron is indicated by the expense. While I may not be willing to spend $185 on a new flat iron, I certainly might be prepared to pay that amount for some new photo editing software. I place a higher value on my photos than a flat iron. (Let’s face it; my hair is already straight as a stick.)

Do you know how frustrating it is to lose something you just bought? I seem to do that with new pens. I have a certain kind I like – chosen for grip, writing ease, and ink flow. I get a package of three and sooner than I would like – they’re gone. I’d like to believe I’ve misplace them, but I know that my co-workers sometimes just need a pen and they reach for one off my desk. I don’t think anyone intentionally steals my pens, I just think they forget to put them back. But imagine my frustration if I watched someone take and use my pen and then only agree to give it back if I paid them a fee. I already paid for MY pen once; no way I’m doing that again… especially if they raise the price.

I’m notorious for shouting the phrase, “prove it!” to my friends when they make a bold statement. Usually I’m joking around, but sometimes I want them to put their money where their mouth is. “I can run a five minute mile!” My response? “Prove it!”

God proved how much He valued us by what He was willing to spend. You can shout “prove it!” all you want and He will always have the best response ready for you. Remember, He already owned us once before. He bought us again with the life and death of His only son, Jesus. Jesus had done nothing wrong to deserve punishment, and yet He died in our place. He died for me. He died for you. The cost of that sacrifice shows that you are a priceless treasure of the King of Kings. The gift of His son Jesus demonstrates God’s great love for us.

“But God demonstrates his own love for us in this: While we were still sinners, Christ died for us.” (Romans 5:8)

You are valuable. I am valuable. He’s proven that fact once and for all. 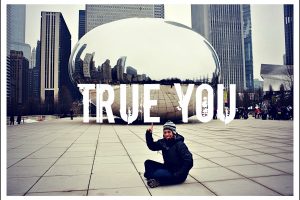 I think self-esteem is broken. I’m not talking just about[...] 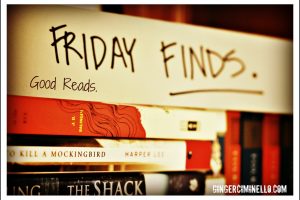 I will always, always recommend God’s Word as the first[...] 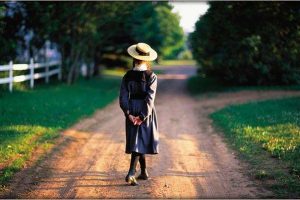 Belonging with an E.