May 7, 2013 Posted by Ginger Ciminello Living His Story, Purpose

I’ve been sitting in front of the computer for almost two hours trying to come up with something to share. I’ve pulled out so many books looking for inspiration that now my desk is in total shambles. I’ve responded to some e-mails in the midst of the hair pulling and thinking. I tried a glass of blueberry lemonade, but all it seemed to do was make the baby kick and turn within me. I was still left with a blinking cursor and an unforgiving clock.

So I asked myself, “Does this mean you aren’t learning anything if you don’t have anything to share?”

The last thing I want to do is ramble on or post if there isn’t something remotely beneficial to say. So I opened up my journal and took a refresher course in the past week. And in doing so I found my connection.

Jesus sat down opposite the place where the offerings were put and watched the crowd putting their money into the temple treasury. Many rich people threw in large amounts. But a poor widow came and put in two very small copper coins, worth only a few cents.

Calling his disciples to him, Jesus said, “Truly I tell you, this poor widow has put more into the treasury than all the others. They all gave out of their wealth; but she, out of her poverty, put in everything—all she had to live on.” (Mark 12: 41-44, NIV) Now the Passover and the Festival of Unleavened Bread were only two days away, and the chief priests and the teachers of the law were scheming to arrest Jesus secretly and kill him. “But not during the festival,” they said, “or the people may riot.”

While he was in Bethany, reclining at the table in the home of Simon the Leper, a woman came with an alabaster jar of very expensive perfume, made of pure nard. She broke the jar and poured the perfume on his head.

Some of those present were saying indignantly to one another, “Why this waste of perfume? It could have been sold for more than a year’s wages and the money given to the poor.” And they rebuked her harshly.

“Leave her alone,” said Jesus. “Why are you bothering her? She has done a beautiful thing to me. The poor you will always have with you, and you can help them any time you want. But you will not always have me. She did what she could. She poured perfume on my body beforehand to prepare for my burial. Truly I tell you, wherever the gospel is preached throughout the world, what she has done will also be told, in memory of her.” (Mark 12:1-9, NIV)

Two women. Two sacrifices. Both did what they could.

Sometimes I don’t feel like I have anything to offer or give. On days like that I ask for help, I make a cup of hot tea, I write a letter, and I keep my eyes up. I do what I can.

There’s nothing wonderfully spiritual about this revelation or statement. I don’t share the stories of these two women to bring guilt into the picture, but to simply show that He noticed. He sees you. He hears you. And on the days when you feel like all you have is a measly penny to offer, He smiles when you give that beautiful, tiny thing. It’s never not enough for the One who can take five loaves and two fish and feed thousands.

I need that reminder today.

When I feel empty, I give.

When my gift feels out-of-place, I pour it out. It’s for Him. 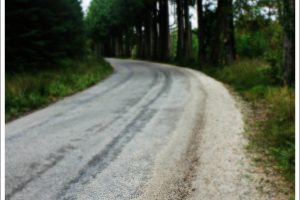 We walked through the large parking lot and onto the[...]

Fill it Up, Hold the Guilt

I signed up for a mentoring program at my church.[...]