The great C.S. Lewis is best known for his popular Chronicles of Narnia series but it’s his work as a lay theologian and Christian apologist that endears him to me the most.  (Although The Magician’s Nephew is in my top five books of all time!) Lewis became a born-again believer when he was thirty-two and his conversion had an incredible effect on his work.

In 1956, he married the American writer Joy Gresham. Their time of wedded joy was short, as she died just four years later of cancer.

His book, “A Grief Observed”, is a poignant and humble account of the loss of his wife and the subsequent period of intense mourning that followed. Lewis does not cover his anger or mask his pain. Instead, he leaves his internal struggle for all to read on the page. His expression of grief is both haunting and challenging.

Lewis writes, “God has not been trying an experiment on my faith or love in order to find out their quality. He knew it already. It was I who didn’t… He always knew that my temple was a house of cards. His only way of making me realize the fact was to knock it down.”

How comforting to know that one of the greatest theologians of the 20th century struggled to make sense of suffering. Lewis entered the grieving process angry and embittered and came through the storm claiming to be no more knowledgeable, but simply more inclined to recognize his finite position in comparison to the Almighty God. The conclusion was not one of giving up, but of giving in. He embraced a peace that surpassed all understanding. The peace that Lewis discovered was not found in forgetting his wife and therefore releasing pain, but in clinging to his Heavenly Father and finding in Him, a more perfect peace. Isaiah 26:3 reads, You will keep in perfect peace him whose mind is steadfast, because he trusts in you.

That’s a promise worth claiming every day. That phrase, ‘perfect peace’, actually translates to the Hebrew word Shalom and means: to be safe, complete, a satisfied condition. May we, like Lewis, find ourselves satisfied in Him even in the darkest of circumstances.  I know that’s my hope and my prayer.

Did you know that the English term for worry comes[...] 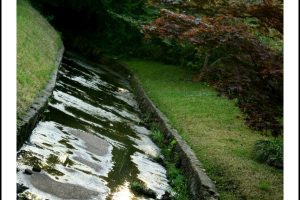 I’ll be honest with you, friends. Yesterday I did not[...] 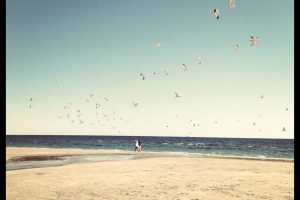 “Great peace have they who love your law, and nothing can[...]