The song “Hold Us Together” was the first introduction I had into the music of Matt Maher.

My then fiance (now husband) handed me a mixed cd and told me that he believed our first dance was probably somewhere in these 11 tracks.  “Hold Us Together” fit the bill perfectly.  We loved everything about the song, especially the bridge with lyrics that declared, This is the first day of the rest of your life…

We don’t dance together much.  We will both admit that our lack of skill is a major player in this decision.  But we have danced to that song not only at our wedding, but also at a park, in our kitchen, and in several parking lots.  It’s a song with a lot of meaning for us.  I was officially a fan of Matt Maher.

But then I bought the entire album, Alive Again.

I’m slightly in love with this album.

This album lives on repeat in my car and on my ipod.  You should have seen me rollerblading to “Christ Has Risen” with my arms reaching out and my head thrown back.  (Don’t worry, no injuries to report with this display of euphoria.)

The lyrics, the music, the energy and the story behind the entire project move me.

Check out the album, the videos and then check out this gem from the Rock & Worship Roadshow for your smile fix of the day! P.S. Don’t forget that the GIVEAWAY ends TODAY at 5pm PT! HURRY UP AND ENTER – THERE ARE SIX WAYS TO WIN! FRIDAY! I am so looking forward to a change of[...]

Chasing Daylight by Erwin McManus has been on my top[...] 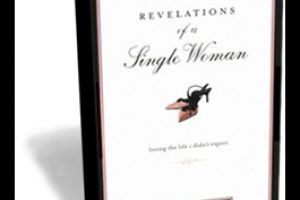 This Friday I want to point your attention towards a[...]